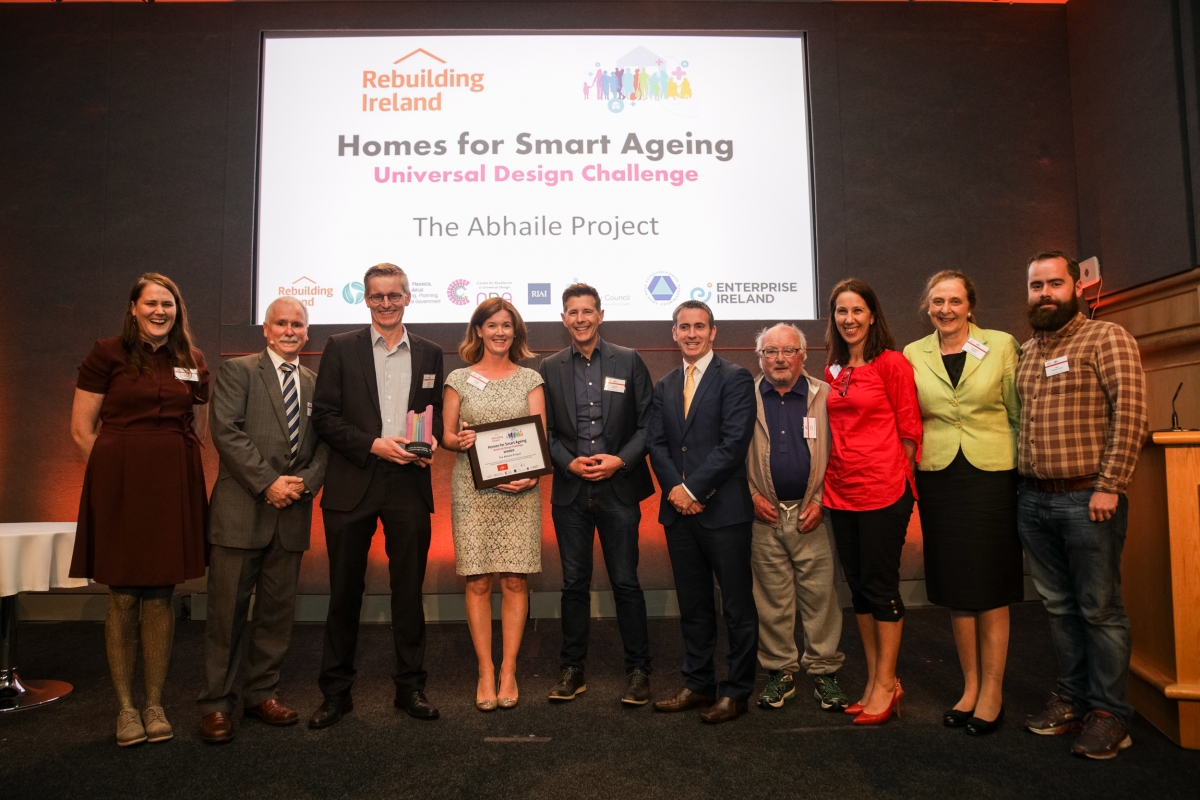 The Abhaile Project team was delighted and honoured to be crowned winners of the Homes for Smart Ageing Universal Design Challenge under the Rebuilding Ireland Programme. There were over 60 entries to the competition with 5 commended entries reaching the final round. The design challenge was to create innovative design solutions in housing for older people. All the commended entrants had to prove the viability, cost effectiveness and roll out potential of their proposals which was a really valuable exercise in itself.

As the winning entrant The Abhaile Project was awarded €50,000 during an award ceremony held in Dublin Castle in June 2017. The award was presented by Minister for Housing and Urban Development; Damien English T.D. The Abhaile Project team and supporters were delighted to be awarded this prize as it provided validation of the idea and provides funding towards the pilot projects.